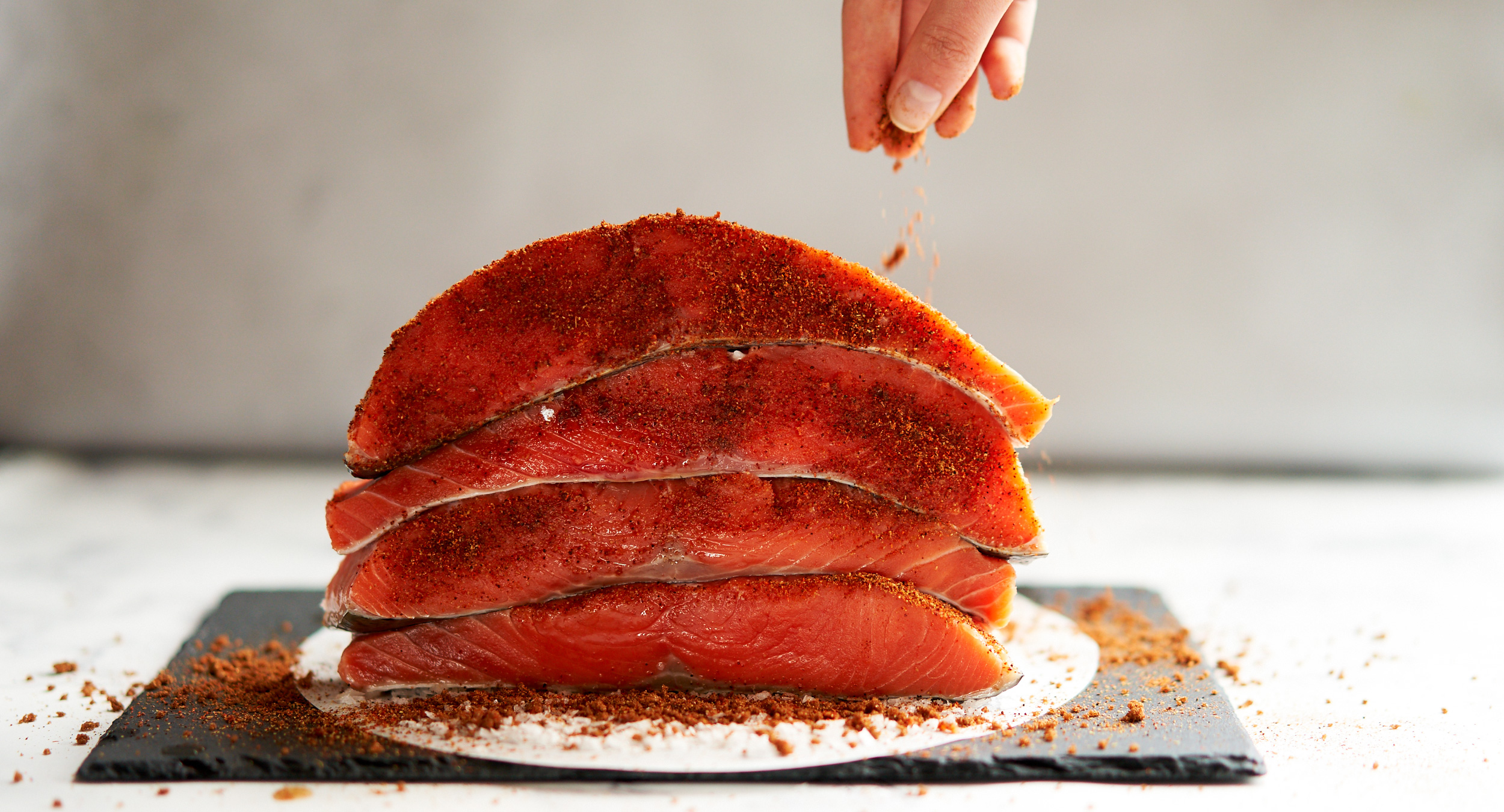 Rubs exist purely for flavor, but also create exterior texture. Maximum flavor in minimum time, this six-ingredient recipe pairs a spiced, earthy crust with rich, oily salmon. Perfect grilled in tacos, alongside a salad, or as a main with a hearty side of mashed cauliflower.

Gently rub spice mixture into the skinless side of the fillet, set aside.

Place salmon skin side down on heated grill for six minutes.