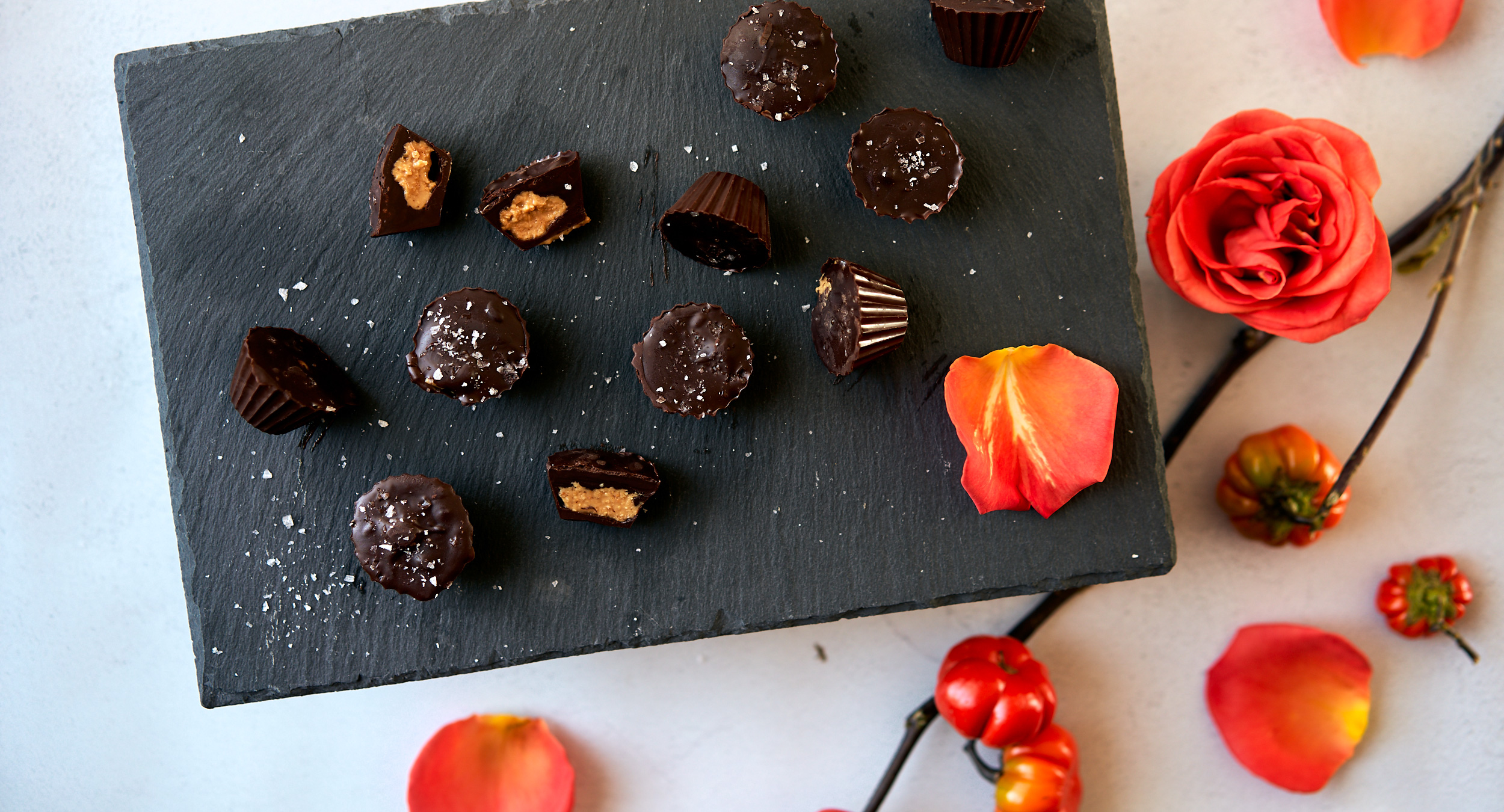 In many ways, peanut butter is as American as apple pie. Truth be told, peanuts are native to South America. Ironically, Spanish & Portuguese explorers brought the legume to Spain, where it was traded to Asia and Africa, and from Africa it landed in North America in the 1700s. However, it was Dr. George Washington Carver in the early 1900s who propelled the highly, nutritious peanut into a household staple. The iconic Peanut Butter Cup followed in the roaring 20s, invented by Harry Reese, a former dairy employee of Milton S. Hershey. A hundred years later, here’s our low-carb take on the classic candy.

Please note you will need a silicone candy mold for this recipe.

Freeze for 10 minutes, until set.

Store refrigerated in an airtight container.

**If you do not have a double boiler, simmer a few inches of water in a medium saucepan, fit a glass bowl inside, ensuring water does not enter the container.