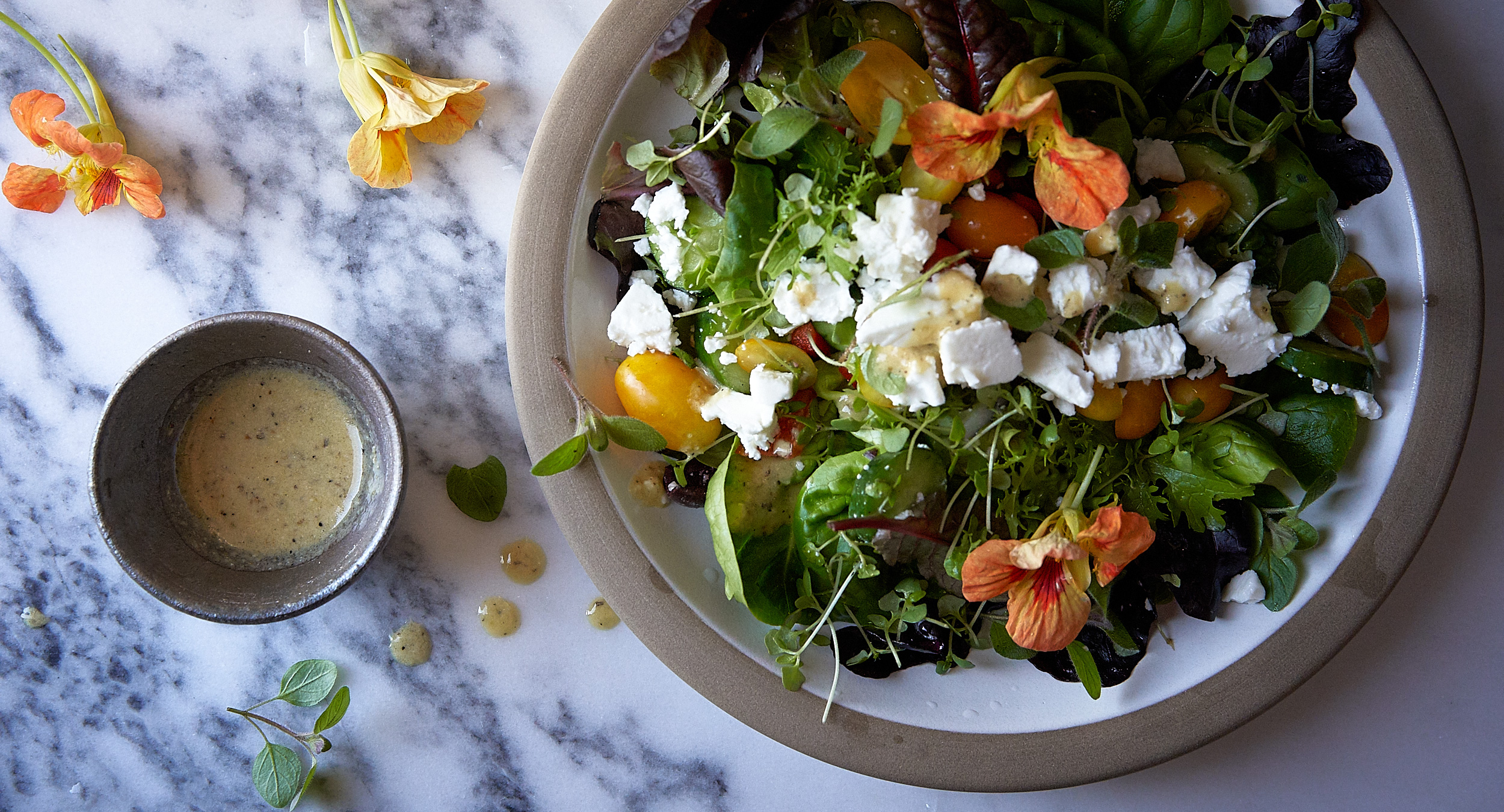 Horiatiki or Greek Village Salad is a traditional mix of chunky tomatoes, cucumbers, green peppers, red onion and olives dressed in red wine vinegar & olive oil, sprinkled with oregano and topped with a wonderful slab of briny feta. Crisp & refreshing it almost calls for a lazy, seaside lunch in the afternoon sun.  While paying homage to tradition, my California Greek adds a little more substance through mixed greens, roasted tomatoes and a robust dressing. I like to think of it as the more formal, dinner version.

Roast for 20 minutes, until skins blister and burst.

Rinse and drain lettuce, placing in a shallow bowl.

Top with feta and fresh oregano.

* Dress to desired taste — leftover dressing will keep for one week refrigerated. Bring to room temperature & whisk before re-serving.

Hello Sunshine. Welcome the day with a morning bre

Spring MARKET SALADS are an eye-popping preview to