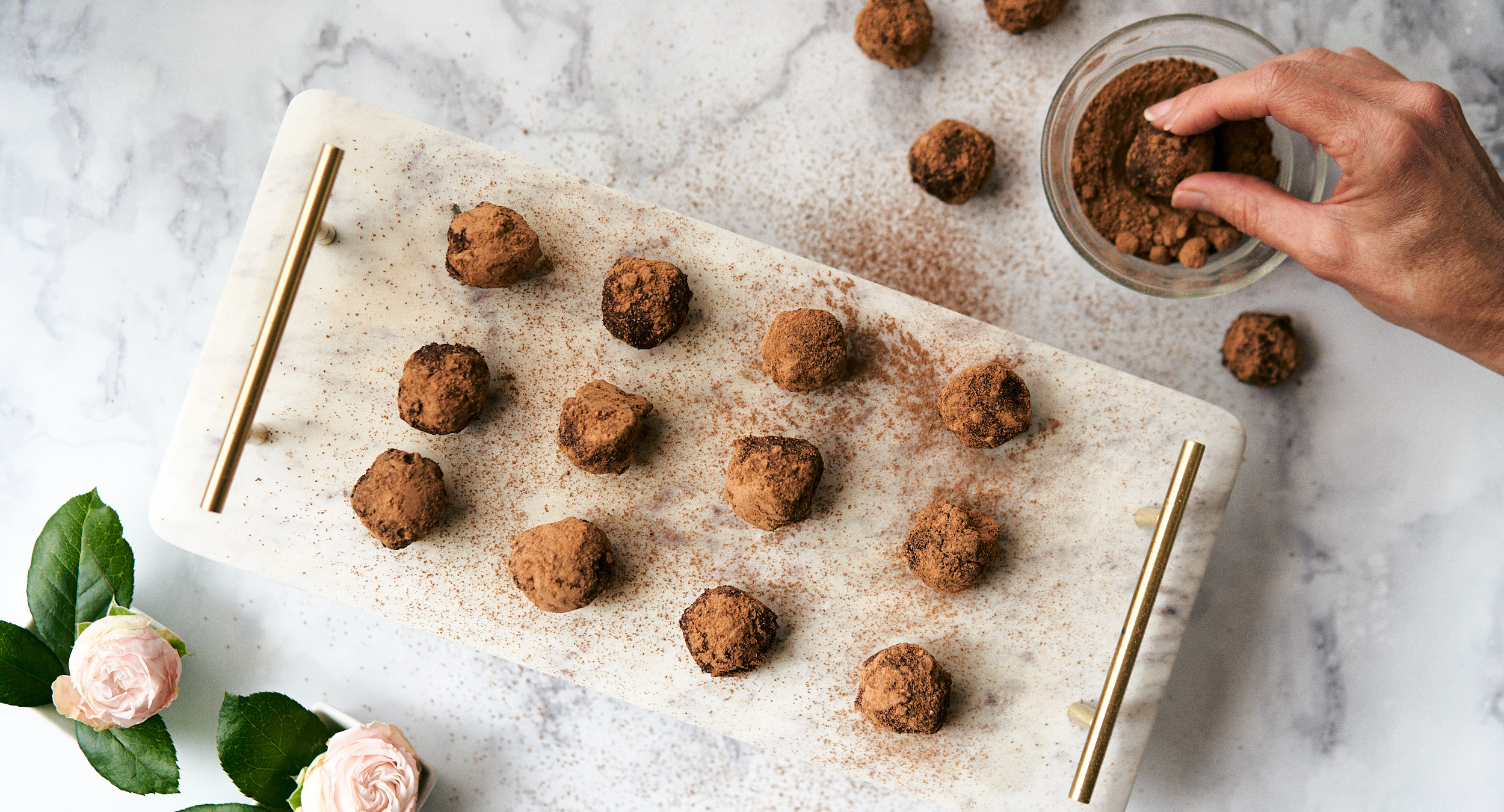 Apparently everyone wants to take credit for this amazing creation. The French are sourced, as are the Swiss & Belgians. Whomever, we would like to say, Thank You. Named for the Latin word “tuber”, meaning lump, the confection was said to resemble the edible Tuber Melanosporum fungus, or Black Truffle, growing in southern Europe. Incredibly delicious, simple to craft, and naturally low-carb − the decadent chocolate truffle is a confection to be simply savored or better yet, gifted.

Place finely chopped chocolate and butter in a heatproof bowl.

In a small saucepan over medium heat, heat heavy cream to a simmer.

Dusting hands in cocoa powder, roll balls until round,  placing on baking sheet.

Chill for 1 hour, serve, or store refrigerated in an airtight container.