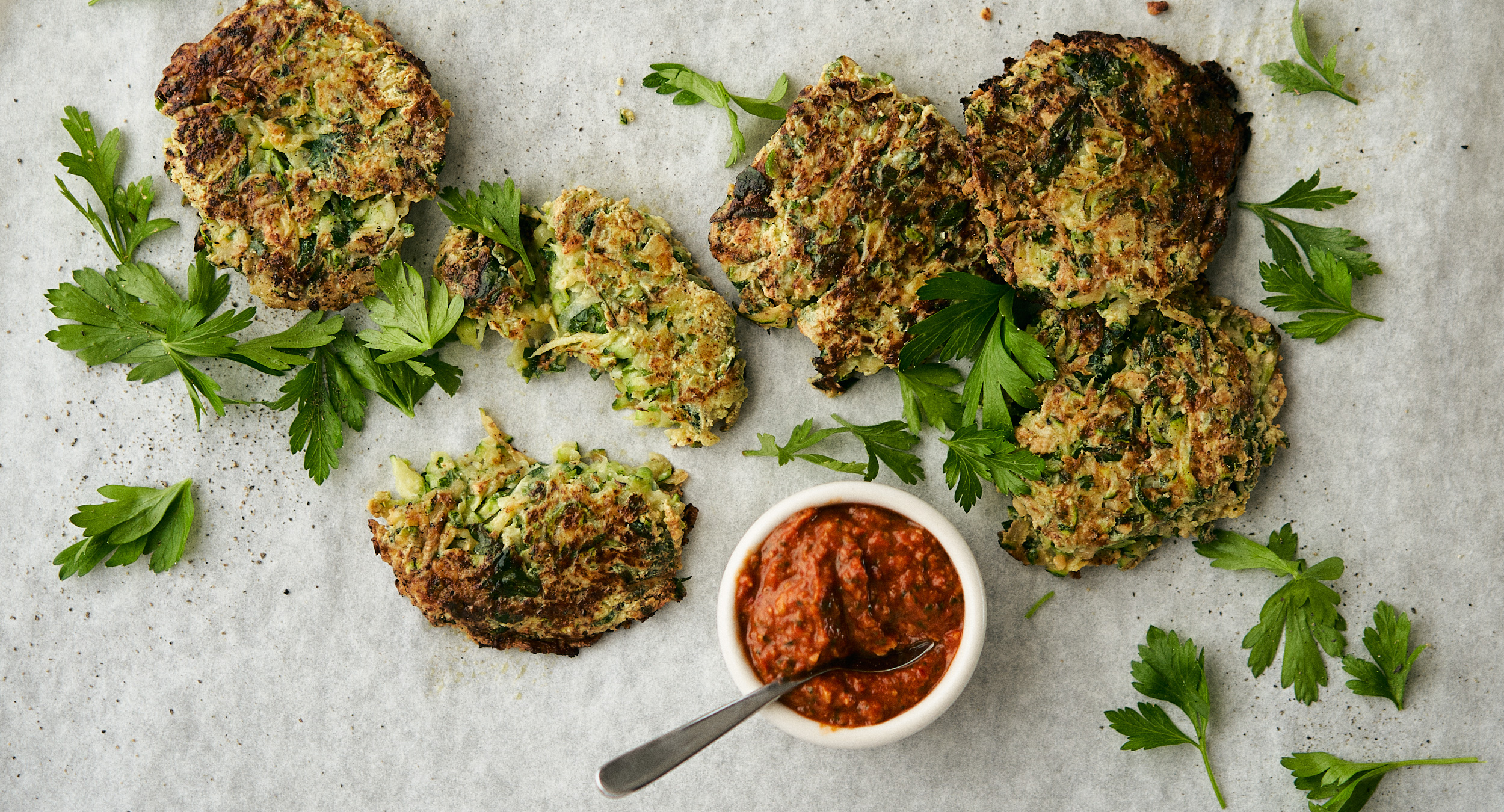 What exactly is a latke? Deeply rooted in history, latkes first appeared in the Middle Ages made of Italian ricotta, evolved when the potato was introduced to Eastern Europe, and now we find them crafted of nearly any vegetable coupled with eggs and a binder, most often flour or breadcrumbs. They differ from fritters and croquettes, as they are not breaded & deep-fried, but dare I admit, none of this matters when it comes to their crispy, savory taste. This recipe uses parmesan to hold everything together, bright herbs for added flavor, and abundant zucchini to keep the carb-count minimal.  Best served straight from the pan with a tangy side of Romesco.

Place grated zucchini in a medium bowl, toss with salt, and rest for 30 minutes.

Heat olive oil in a medium skillet over medium-high heat.

Add ¼ cup of mixture to skillet, pressing down slightly to flatten to ½ inch.

Fry until golden brown, about 5 minutes.

Flip and cook until the second side is golden, about 5 additional minutes.