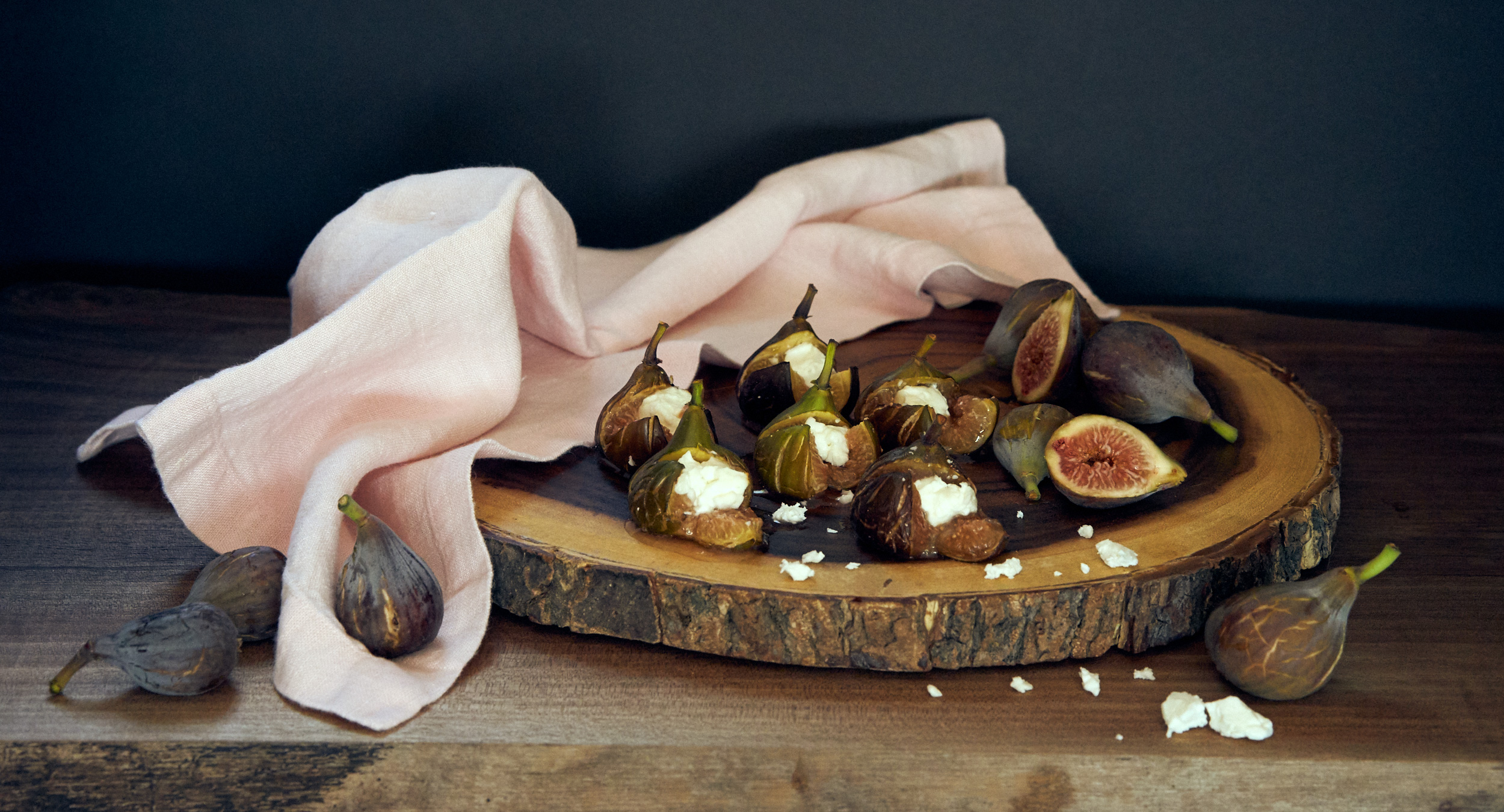 Figs are modest flowers that bloom inwards. They are revered, not only for their delectable taste, but for their high nutritional value and low calorie count. In some cultures, they are considered sacred. Buddha found enlightenment under a fig tree. Adam & Eve protected their modesty behind fig leaves. Ancient Egyptians entombed their dead in fig wood sarcophagi.  Fig season arrives late summer here in California, signaling the turn of seasons. Transitioning us into the time of the year, when we all turn inwards. Stuffing sweet figs with tangy feta creates a savory combination perfect as a snack or topping your favorite salad.

Slice an “x” into the top half of each fig.

Broil 5 minutes, until cheese is golden.