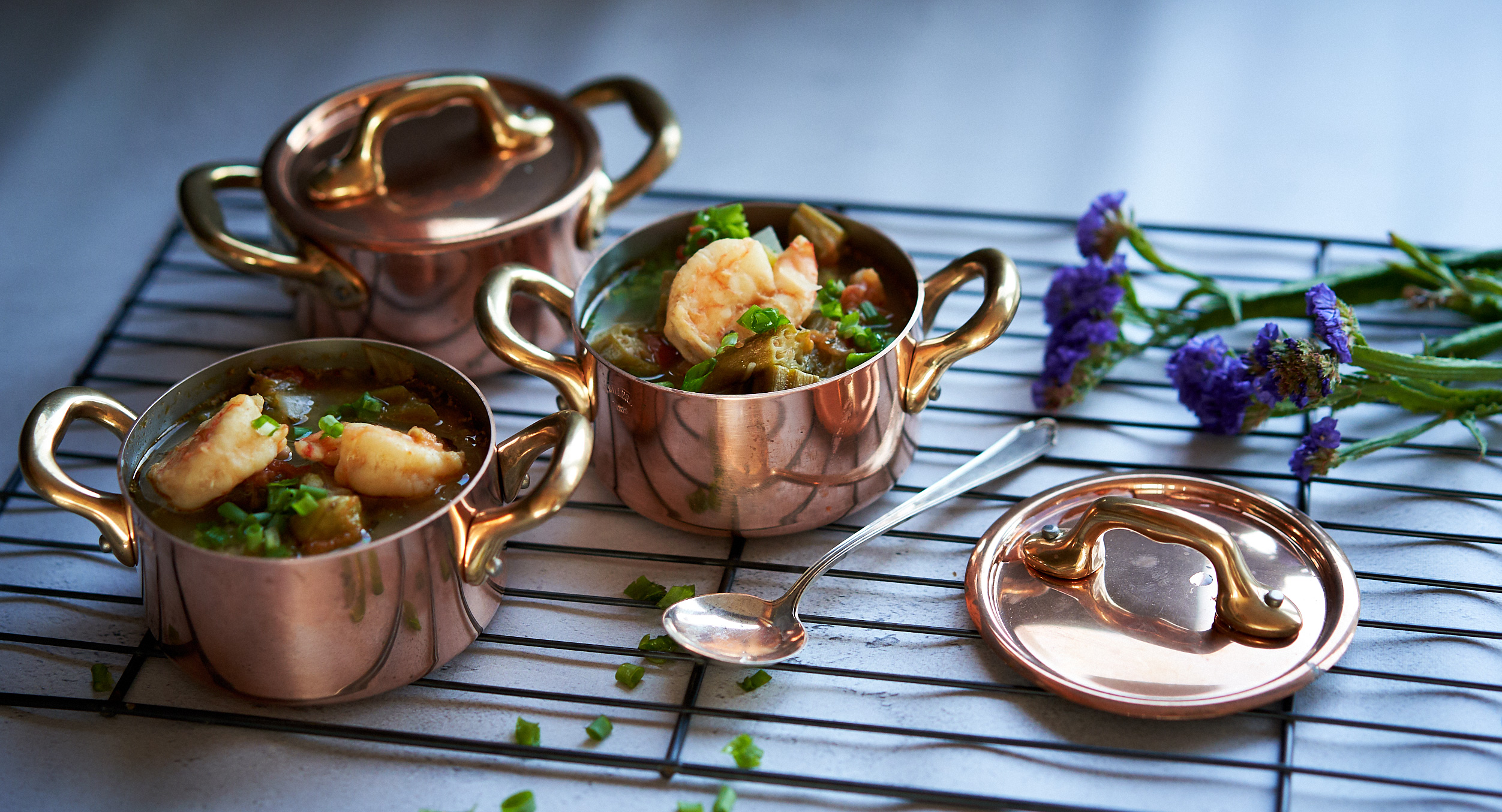 My husband is a New Orleans native. He’s often said Gumbo is to Louisiana as Chili is to Texas. Almost cult-like — with every kitchen coveting their own special recipe, every chef & home cook their own unique flare. Traditionally, Gumbo falls into two categories: those thickened with okra and those with filé. Over time, filé has fallen away as a thickener having been replaced by a brown roux. Contemporary recipes divide between seafood and non-seafood ingredients, some with tomatoes, some without. The one common trait — Gumbo should be served with rice, however in the 1800s, a Frenchman noted meticulously in his travel diary that Gumbo was served with corn mush. I guess anything goes in the Big Easy? That said, here’s our low-carb version.

On medium heat, warm one tablespoon olive oil in a large stockpot.

Add 8 cups water and 4 bay leaves, bringing to a boil.

Remove from heat and strain through a fine-mesh sieve, discarding solids.

While shrimp broth is simmering, on medium heat, warm remaining olive oil in a Dutch oven.

Add shrimp broth, 4 cups of water and 6 bay leaves, bringing to a boil.