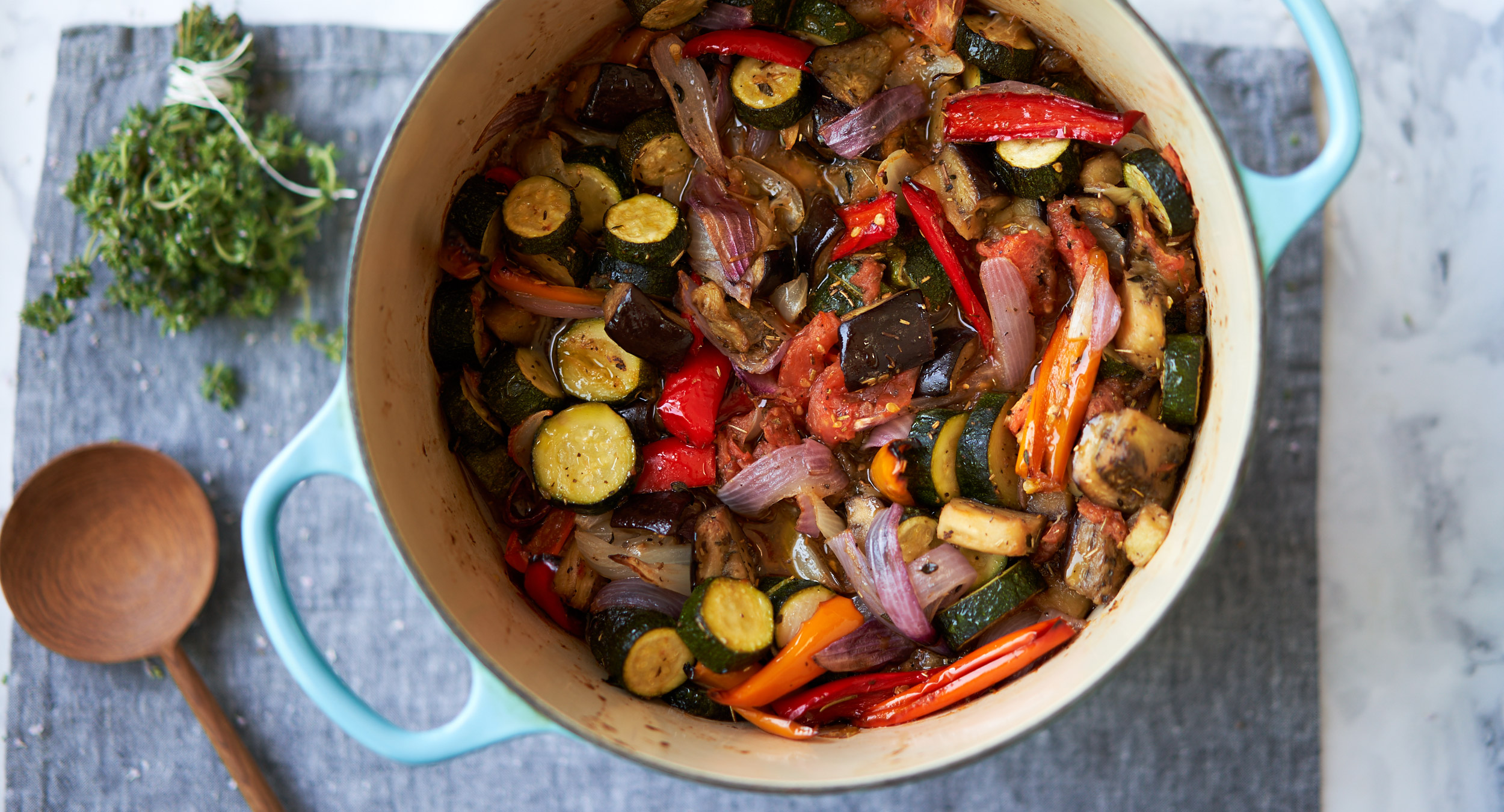 A classic Provence dish consisting of tomatoes, aubergines, peppers and courgettes, plus garlic and onions.  Seemingly simple, but genius in taste. Century-old Gallic cooks receive all the credit, but the recipe can be found in various forms along the Mediterranean from Spain to Turkey. Enjoy this hearty vegetable stew as  a side to Balsamic Turkey or with a crisp salad for a lighter meal.

Smash garlic cloves and tuck into onion wedges, adding one sprig of rosemary and two of thyme.

Brush with 3 tablespoons of olive oil.

Roast for 60 minutes, until tender and lightly browned.

Roast for 30 minutes, until tender and well-cooked.

While roasting, bring a pot of water to boil.

Remove from water and cool enough to handle.

*I prefer plum or heirloom, however, substitute any variety as long as the skinned, diced product measures 2 cups