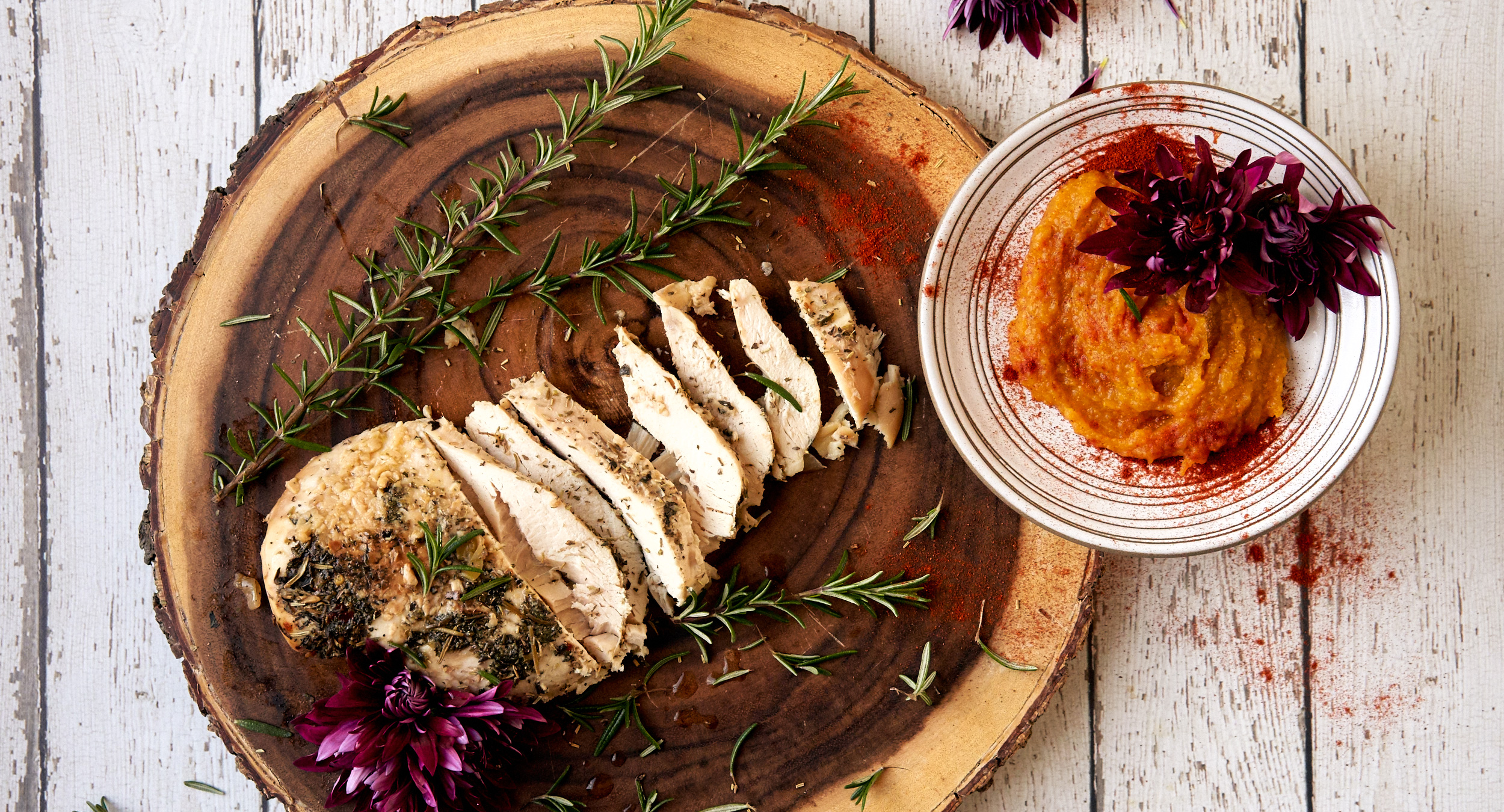 Americans covet pumpkins almost as much as apple pie. The cozy, nostalgic vegetable of autumn, linked forever to Halloween, Thanksgiving, and maybe even lingering on to Christmas. Ironically, the pumpkin isn’t native to North America, but rather Central America some 7,500 years ago. Eventually making its way North, the first pumpkin recipe dates from the late 1600s. While it wasn’t pumpkin pie, the diced, slow-cooked, and spiced mash was heralded as a delicious side. Here’s homage to John Josselyn’s original recipe, served alongside our Balsamic Turkey.

Before you begin, please note you will need an immersion blender or processor for this recipe.

Roast for 30 minutes, until tender.

Hello Sunshine. Welcome the day with a morning bre

Spring MARKET SALADS are an eye-popping preview to