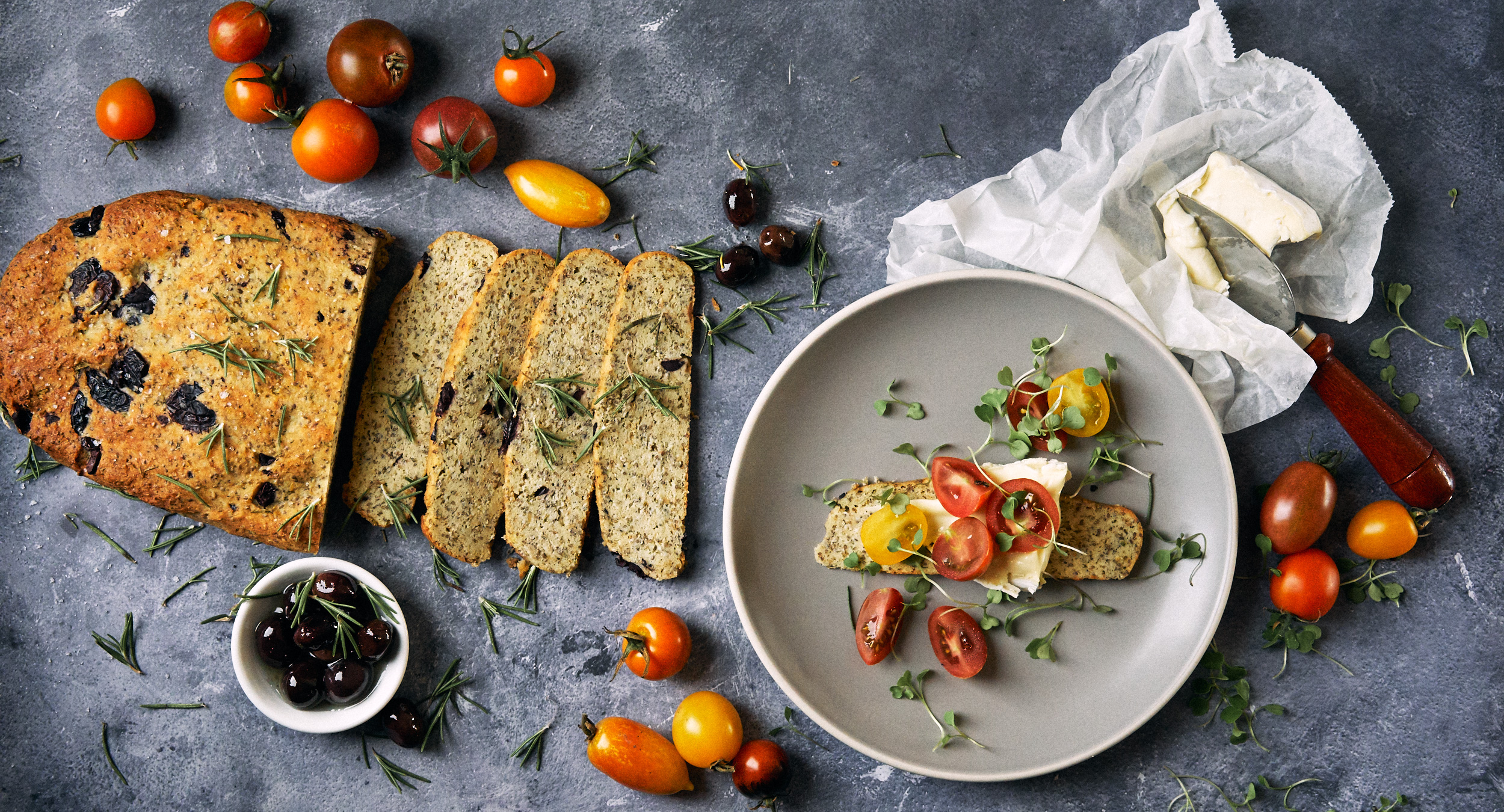 The olive tree is deeply rooted in symbolism. While we think of olive branches from ancient Greek tradition & mythology, they debut in Egyptian, Roman, Christian, Arab and Oriental cultures as well. Antioxidant-rich olives are actually a nutrient-dense stone-fruit loaded with healthy fats & fiber. Their briny, earthy taste adds an unexpected pop to nutty, low-carb, rosemary flatbread.  Making it the perfect accompaniment to a warm bowl of soup, or as a light lunch spread with brie and topped with roasted tomatoes.

Line a baking sheet with parchment.

Turn out dough onto prepared baking sheet and form into an oblong shape.

Bake for 20 minutes, until golden.

Let cool on a wire rack before slicing.

Serving up cucumbers alongside grilled vegetables,

Summer is all about Slaw.⁠ I love this recipe as