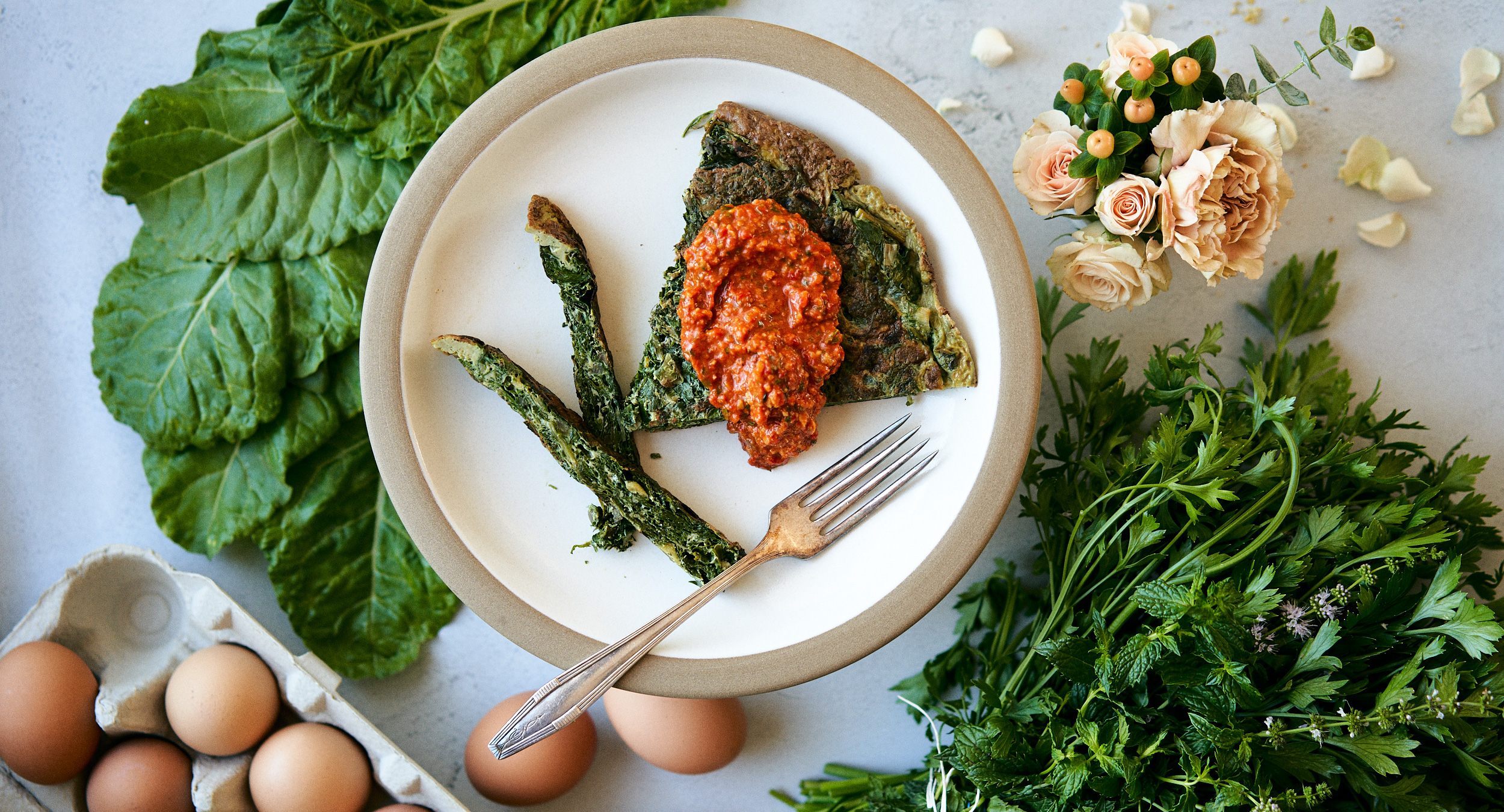 Loosely translated as “green omelet,” kuku sabzi is the perfect pairing of protein and leafy greens. A Persian friend of mine claims every family has their own delicious recipe, that said, this is ours. It blends the herbs I typically have on-hand & in-excess with the palatable memory of my favorite London take-away where one rainy eve this simple omelet warmed my heart. Enjoyed best with a heavy smear of romesco and a side of baked feta.

Fill a large stockpot with 2 cups of water and simmer.

Meanwhile in a small skillet over medium heat, add leeks and olive oil, sautéing until golden.

Add eggs, one at a time, to greens mixture, stirring to combine.

Heat butter in a large skillet over medium heat.

Add egg mixture, patting with a spatula to flatten to edges.

Using a large plate, flip omelet, cooking the other side until golden.