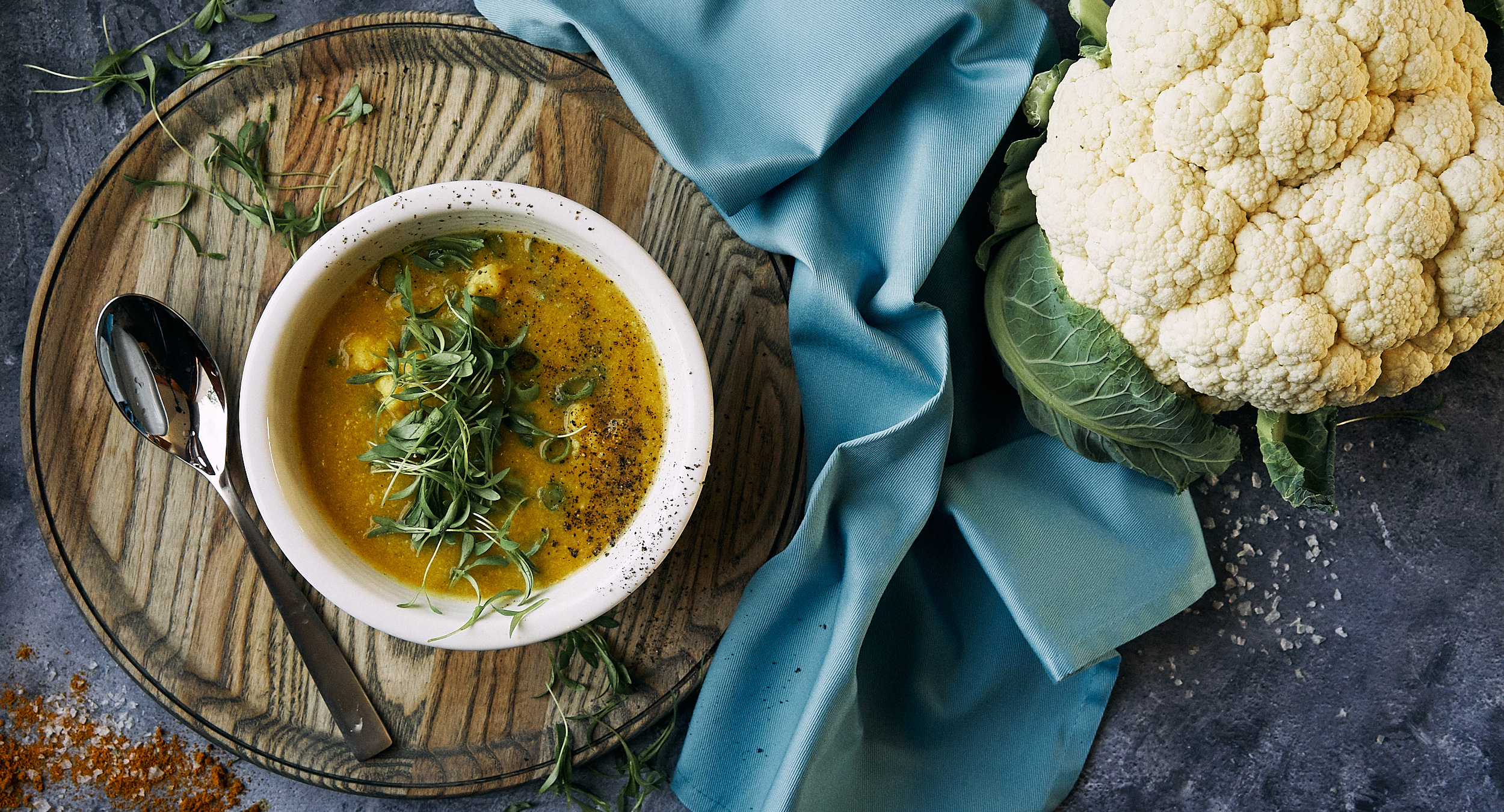 Turmeric reminds me of the golden sun. Living in California, one could say I’m partial to golden hues. The rhizome has long been touted for its medicinal benefits, specifically the compound curcumin, which contains powerful antioxidant and anti-inflammatory properties. Additionally, cruciferous cauliflower is a low-carb marvel, containing in one cup 77% of our daily vitamin C requirement. So while this soup is hearty, satisfying and excellent alongside a crisp green salad, I feel in some ways it’s a little California sun in every spoonful.

Before you begin, please note you will need an immersion blender or processor for this recipe.

On medium heat, warm olive oil in a Dutch oven.

Add garlic, stir until fragrant, about one minute.

Add spices, stir until fragrant, about one minute.

Bring to a boil.

Cover and reduce heat to low, simmering for 30 minutes.

Top with cilantro & scallions and serve.