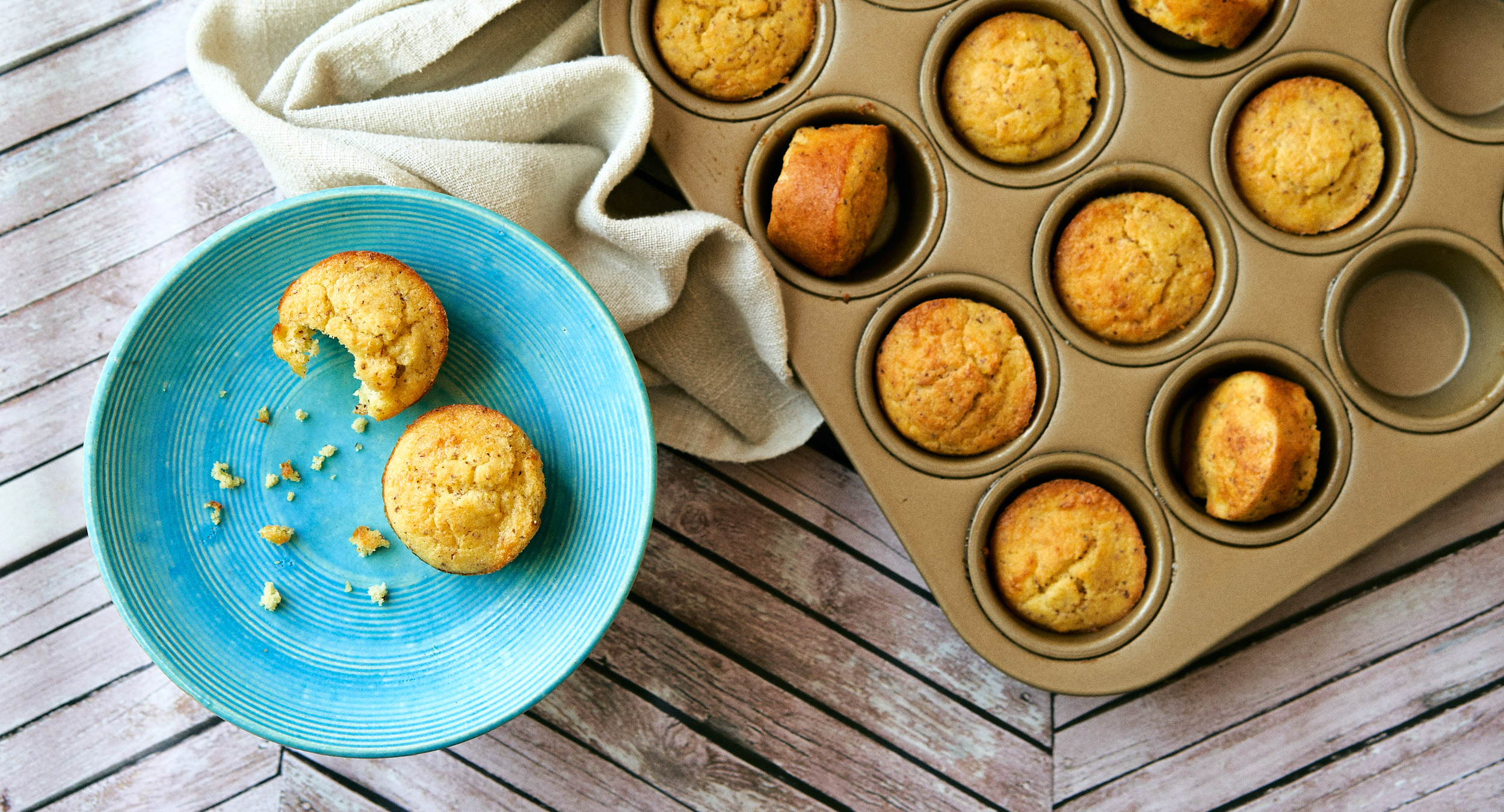 North versus South. In our house, my heritage battles with my husband’s over what else? Cornbread. Since my hand is on the mixer, I win every time. My northern-inspired cornbread is denser, less cake-like, and not at all sweet. The perfect accompaniment to a savory soup or hearty salad.

Before you begin, bring butter to room temperature.

With an electric mixer, cream egg yolks and butter.

Bake for 15 minutes, until golden.