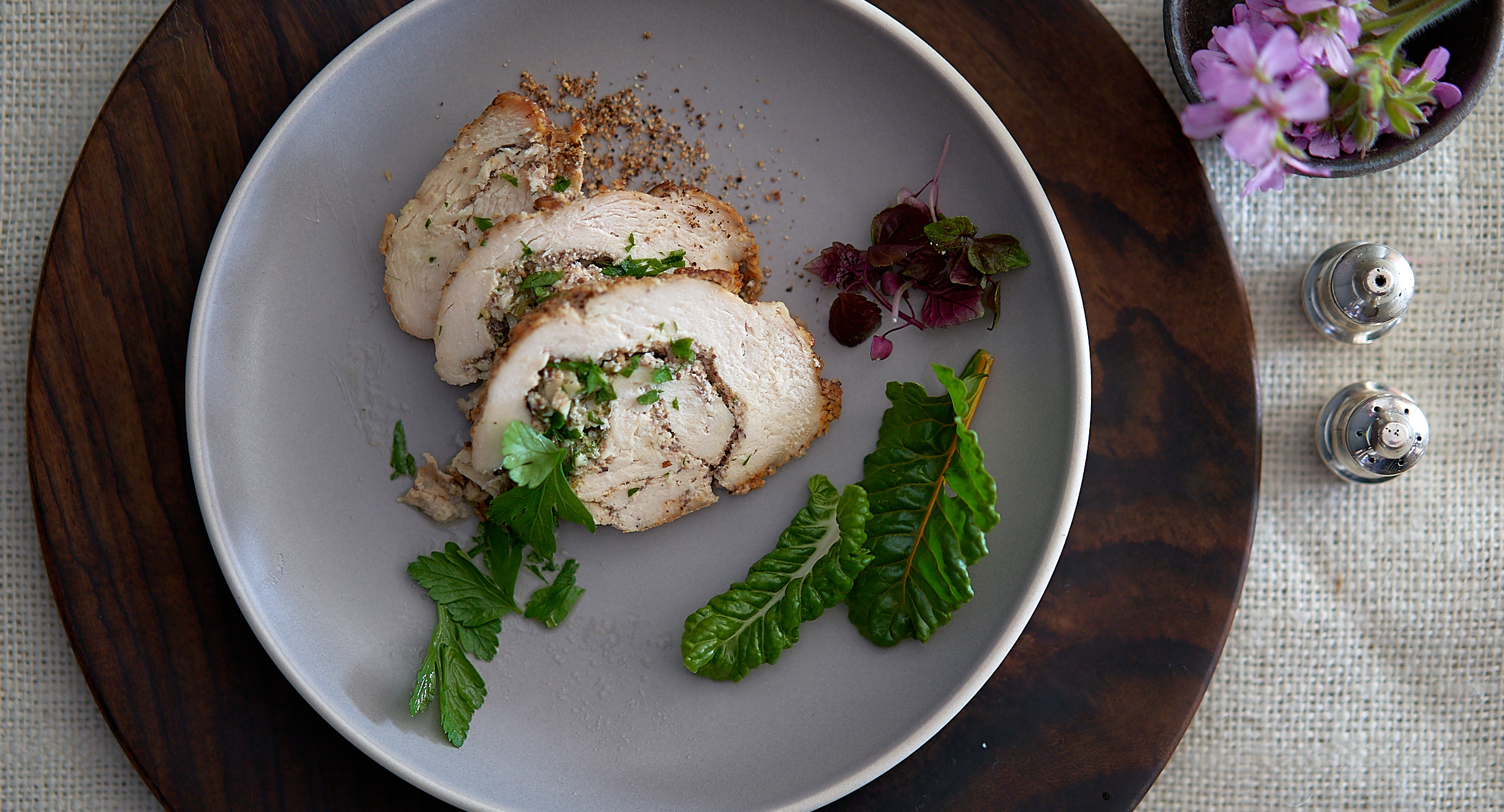 This classic dish has a story or rather several. Some say, Russian Royals sent chefs to Paris and they returned not only skilled, but armed with the “Mikhailovska cutlet.” Years later, New York City’s infamous Russian Tea Room debuted “Chicken Kyiv” to appeal to emigrants. Regardless of its origin, this recipe is a nod to my Lithuanian grandmother. While it was not in her culinary repertoire, it reminds me of her along with warm pelmeni and sour cream.

Please note you will need wooden toothpicks for this recipe.

Roll in parchment, creating  a tubular shape and freeze for 15 minutes.

Whisk egg in another bowl, set aside.

Remove herbed butter from freezer, adding a section to the middle of the pounded breast.

Repeat until all breasts are prepared, leaving an inch of room between.

Bake for 30 minutes or until internal temperature reaches 165 degrees.

Remove from oven, tenting in aluminum foil for 5 minutes.